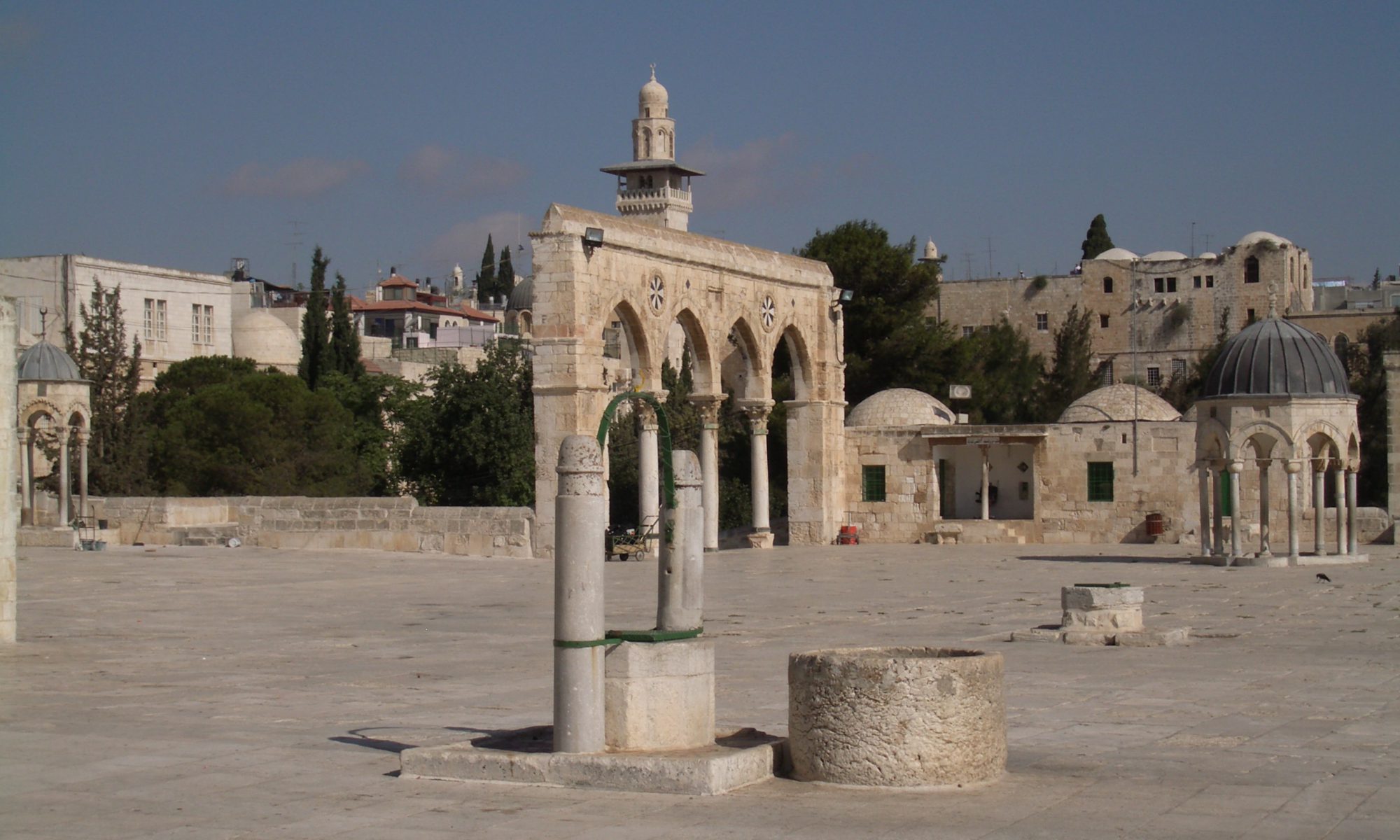 If Muslims reflect on the origins of their religion, they will admit that all prophets before the prophet Mohammed were Jewish. Thus, the land of the Bible is of paramount importance to Muslims too, and this can plainly be seen in Hebron, at the tomb of Abraham, the patriarch of both Jews and Muslims – a truth obscured by the dark realities of today’s unresolved conflict. But that could be quite different. For I see no fundamental obstacle to Muslims’ acknowledging the deep significance of the Jewish religion for the religion of Islam.

It is the events of the twentieth century that prevent this, especially the fact that, because of the recurring exposure of the Jews to persecutions, the United Nations in 1947 awarded them a part of their former Biblical homeland – at the expense of the inhabitants of that land and of one of the holiest Muslim shrines, which was built in the seventh century C. E. at the most venerated site of the Jewish religion in Jerusalem.

Yet, what stands as an apparently insurmountable obstacle today could in the future become an essential motive for peace, precisely because it highlights the importance of the Jews for the religion of Islam.

What Muslims may, however, need if they are to acknowledge that importance, is an accommodation on the part of the Jews.

That is why I am insisting in this book on the extraordinary significance of the name “Israel” and of the event behind that name – the reconciliation between the feuding brothers Esau and Jacob, who had become deadly enemies when Jacob tricked their blind father Isaac into giving him the blessing expected by his elder brother Esau, thus inheriting God’s promise to Abraham that all generations of human beings would be blessed by his descendants, the people who wrote the books of the Bible.